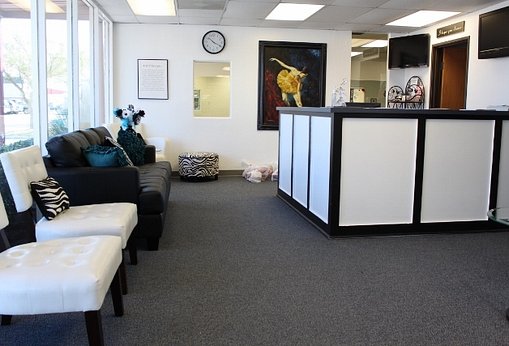 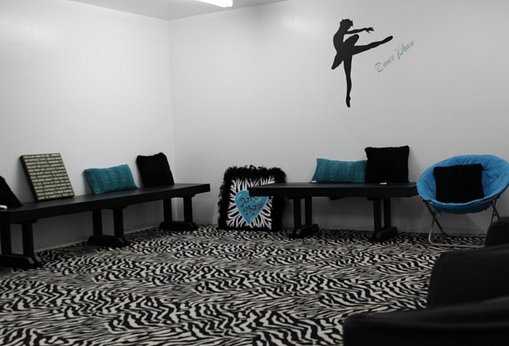 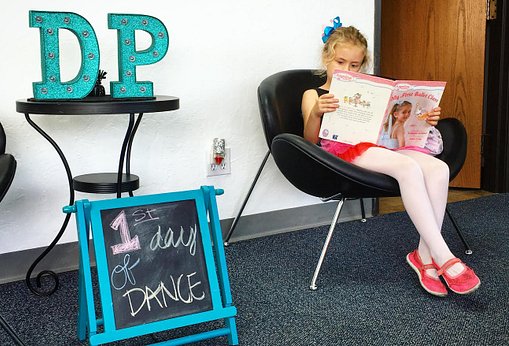 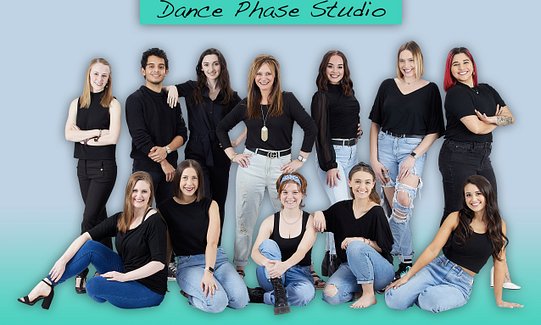 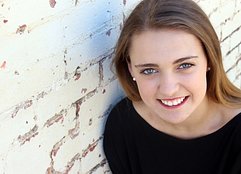 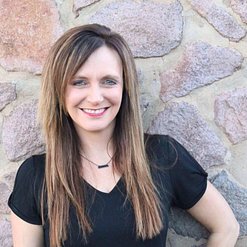 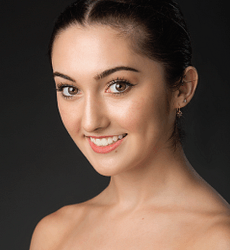 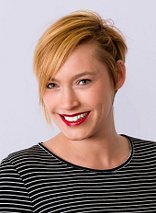 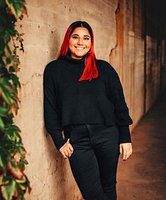 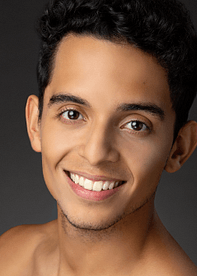 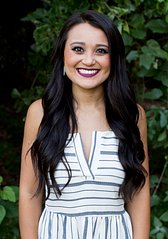 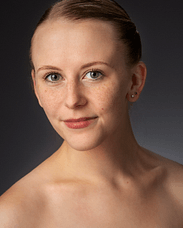 Kaileah Long trained at Colorado Conservatory of Dance in Broomfield, Colorado under the direction of Julia Wilkinson Manley. There she performed leading roles in Garrett Ammon's The Nutcracker, Michel Fokine’s Prince Igor, Dawn Fay’s The Garden, and Prophesies and Reversed Memories.

During her senior year of high school, Long moved to Pittsburgh, Pennsylvania to train with Pittsburgh Ballet Theatre. After graduating, she continued her training with Ballet Arizona and BalletMet where her repertoire included Carlos Valcárcel’s Swan Lake, Edwaard Liang’s Giselle, Garard Charles’ The Nutcracker, George Balanchine’s Concerto Barocco, and Serenade.

Long attended Oklahoma City Ballet’s Summer Intensive in 2018 and was invited to join the Studio Company for the 2018/19 season. During her two seasons in the Studio Company, her repertoire expanded to include Robert Mills’ The Nutcracker and Romeo and Juliet, in addition to Septime Webre’s Alice (in Wonderland), August Bournonville’s La Sylphide, and Michael Pink’s Dracula. Long was also featured in the Studio Company’s productions performing as Gretel in Walker Martin’s Hansel and Gretel, and Firebird in Robert Mills’ Firebird.

Alejandro González, from Venezuela, trained at the Gustavo Franklin School there before continuing his training at Houston Ballet’s Ben Stevenson Academy. While with Houston Ballet, he performed in John Neumeier’s Yondering, and in Ben Stevenson’s Sleeping Beauty and The Nutcracker. He also danced in Stanton Welch’s Long and Winding Road, The Young Person’s Guide to the Orchestra, and Brigade.

González attended the Oklahoma City Ballet Summer Intensive in 2017, and was invited to join the Studio Company for the 2017/18 season.  He was offered an apprenticeship for the 2018/19 season, and promoted to Corps de Ballet for the 2019/20 season.  During the last two seasons he has performed in Robert Mills’ Swan Lake and The Nutcracker, August Bournonville’s La Sylphide, and has danced feature roles in Jiří Kylián’s Petite Mort, Helen Pickett’s Petal, Septime Webre’s ALICE (in wonderland), and Cayetano Soto’s Adam.

Jazmine Moreno is originally from Oklahoma City. She grew up dancing and competing, then studied dance performance at the University of Central Oklahoma and performed with the Kaleidoscope Dance Company before moving to Beirut, Lebanon to teach dance. In Lebanon, she taught at Caracalla Dance School, one of the most famous dance schools in the Middle East. She taught a variety of classes, including Funky Jazz, Hip Hop, Contemporary, and Jazz. She’s is excited to be teaching Jazz & Hip Hop at Dance Phase again!

Alexis has grown up dancing under Lisa Motsenbocker since the age of four. She has trained in various genres of dance and began competitive dancing at the age of five. Alexis began choreographing at the age of 15 and has won numerous choreography awards at various dance competitions. While growing up doing competitive dance, Alexis was also a part of her middle school and high school pom team. She was a 3X state champion and served as captain her senior year of high school. After high school, Alexis attended the University of Central Oklahoma. She was on the dance team for four years, and served as captain her senior year. She trained under Lil Doescher and the team remained in the top 3 of the nation all four years of her being on the team. Alexis graduated from the University of Central Oklahoma in December of 2017 with a degree in strategic communications. She was also in the Sigma Kappa sorority serving many leadership roles and always choreographing for her sororities cheer and dance routines. Since graduation Alexis has followed her dream job of becoming a professional dancer for the Oklahoma City Thunder and just finished her third season as a Thunder Girl. She has always had a passion for dancing and always loved choreographing. Her favorite styles include tap, contemporary, and jazz.

Sarah has been dancing for seventeen years and has been with Dance Phase for six years. She is working on her Bachelor of Fine Art degree in Studio Art and a Minor in Dance Performance at the University of Central Oklahoma. Sarah has always loved dancing and hopes to continue dancing and teaching for as long as she can.

Lisa Motsenbocker- Owner/Director
Born and raised in Dubuque, Iowa, Lisa started dancing at the age of 5.  She attended the prestigious Oklahoma City University majoring in Dance Management.  She has over twenty years of teaching experience throughout the Midwest.  Lisa is currently the President of Oklahoma Dance Masters Association, an organization that brings a love for dance across the great state of Oklahoma.  Several of her students have gone on to pursue their dance career, through teaching and or performing.   Her love for dance and children is evident in the classroom.  She is honored to be a part of such an amazing dance family at Dance Phase.

Since opening in 1997, over 2,000 students have taken dance classes in our state of the art facility. We are dedicated to providing convenient, top quality instruction to our students. We provide classes for those dancers that want to take a few classes, make new friends and get some exercise to those that want to dance on a competitive level or who are aspiring to dance professionally.

At Dance Phase we use a core curriculum that is used at universities across the country. This curriculum is integrated into our tap, jazz, and ballet programs.

Dance Phase houses approximately 6,000 square feet of the newest state of the art equipment available. There are four dance studios with over 1,100 square feet of dancing space each. With safety in mind we chose the “Stagestep” flooring system. The sub floor is layered to create a “true” floating dance floor. This flooring system serves as the shock absorber not the body.

Hayley Nevins -  Director's Assistant, Company, Combo Classes, Musical Theater
Hayley graduated from  the University of Central Oklahoma with a degree in Dance Education. Hayley has been dancing for over 16 years and 5 of those were with Dance Phase.  After demonstrating for numerous years, Hayley has become a teacher in many classes at Dance Phase. She is on the board of Oklahoma Dance Masters and a part of Team Julie Kay.  She continues to grow as a teacher and inspires dancers of all ages.  Her long term goals are to own her own studio and spread her passion and love for dance among students of her own.

Lauren graduated from St. Gregory's Univ. with a dance degree in 2012. She performed with Spirit and Sole dance ensemble, Litugical Dance and Basketball Dancers at SGU and in the Contemporary Dance Festival by Perpetual Motion summers of 2011 and 2012 under Hui Cha Poos and Portico Dans Theatre. In the Fall of 2011 she performed as a principle dancer/ensemble in Rose State College's  The Music Man and ensemble in Shawnee Little Theatre's Hairspray in Spring of 2012.

Ms.Carr was raised in Arlington, Texas. She received her ballet training under Marina Goshko and Ballet Frontier of Texas, with Chung-Lin and Enrica Tseng.
The repertoire she has performed includes George Balanchine, Robert Mills, Agnes de Mille and Roy Tobias. This will be Ms.Carr’s third season with Oklahoma City Ballet, having joined the company in 2016, as an Apprentice. She will be returning for the 2018-19 season as a new Corps de Ballet member. Ms.Carr would like to thank her family for always encouraging her to push herself and helping to support her passion.